One of the reasons the forex market is so attractive to traders is that it “trends well”. That point was listed as one of the important points that made forex trading more advantageous than Equities, for instance. What that means is that the Major Currency Pairs tend to have a fairly clearer direction of movement i.e. The current trend is easier to spot.

Well, all that has gone to hell with the economic crisis. With the demise of a clear trend in the currency markets, Currency Funds have suffered greatly. A couple of examples, as seen on Bloomberg, are John W. Henry and FX Concepts Inc. FX Concepts is the largest Currency Hedge Fund. By May this year, it had lost 5.4 percent. John Henry lost 2 percent. What’s crazy is that last year they managed a 76 percent gain. They are getting whipped.

All this is because of the ups and downs in the markets. By the end of June, the Dollar Index stood at a 1.4 percent change (loss) from where it was at the start of the year. So, if you couldn’t see all the motion we have had all through that period, you would only be able to see the small change that has occurred in that price. Anyone who had bet on Dollar strength or weakness at the start of the year is not going to have any real profit to show for it.

The end result is that more and more traders have to resort to shorter time-frames for their trades…at least till the trend resurrects. More attention now has to be paid to the numbers as they come out; more fundamental analysis with a shorter term outlook. I mean days (in some cases less), instead of weeks. The other option is to wait it out.

There’s been much volatility as well. Somedays, things just happen to destroy your idea of where a particular pair is going. Check out the chart below: 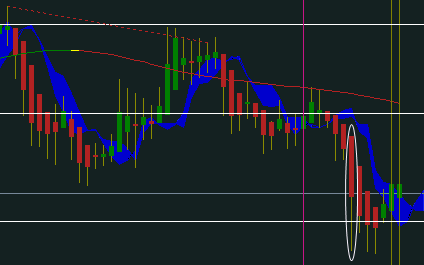 On the 8th of July, the USD/JPY Forex Pair fell to a four-month low. There was no US economic data out that day. Though there was some sell-off in the EUR/JPY and GDP/JPY pairs, that alone could not account for the fairly drastic fall. There were a group of other factors. In any case, such a move was highly unexpected. All of this just serves to add to the unpredictability that currently permeates the markets.

We all need to be even more careful than usual, at least until this storm passes.